This is the story of an uncle I never knew. I grew up looking up at his beautiful painting in my living room wall and wondered who he really was and what he was like. He was a young handsome Hispanic man with dark hair, a clean-cut look and a sure stride to his walk with a gentle smile on his face. One might think he was an ordinary man just by looking at him. However, nothing could be further from the truth, for Primitivo Garcia or “Tivo” as friends and family used to call him, was very extraordinary.

An ordinary man would have walked away on that dreadful cold November night when a gang of six young thugs attacked, taunted, tripped, teased and sexually assaulted his pregnant English teacher. Instead, he immediately became enraged at the ugly sight, his blood boiled and he no longer felt the cold wind hitting his fresh young face or the numbness in his fingers. He forgot all about himself or the dangers he faced as he intervened and defended her.  He did what always came natural to him, he immediately ran to the rescue. His brother Alfredo was two steps behind him, confused and stunned at the same time to see his older brother calm and conversing one minute and so crazed and angry the next. Tivo jumped into the middle of the violent scene and began to fight off her attackers. His boxing skills gave him an advantage that night as they took on the attackers.

Mrs. Kindermann had been standing in the cold wind, waiting for her ride after giving her last adult education English class for the evening at the inner-city Westport High School, when the gang attacked her. She was caught off guard and angrily yelled for them to stop as they spat obscenities, tore her purse away and knocked her to the ground. Frightened she called up to the sky in desperation hoping someone would hear her plea for help.  She feared for her life as she lay in disbelief and witnessed a most unbelievable sight as two brave knights without their shining armor came to change her destiny and save her from a horrible fate. She embraced her heavy belly as she prayed for God to save her baby, only months away from entering into this cold, cruel and harsh world.  “Be careful”, was all she could mutter to her brave students as she managed to pull herself up off of the cold and dirty ground, grab her purse and run to safety. As she ran she heard one of the boys yell from the distance “Shoot him, Shoot him”.

“Go, run away from here”, Tivo yelled to Alfredo in Spanish as he drew the attention of the boys onto him and away from his teacher and brother. Alfredo ignored his brothers’ order to run to safety; he refused to leave him alone and bravely stood his ground. Something deep within him told him not to run as he sensed the danger of the moment, but he could not have imagined the events that were to follow. In the midst of the chaos and darkness Alfredo heard one of the boys yell out “Shoot him!” as another drew a gun from his jacket and pulled the trigger. He heard three shots fired as a cold sweat traveled rapidly through his body and made even his soul tremble. His worst fears were confirmed as he witnessed his brother fall down in a pool of blood on the cold red sidewalk. The last of the three shots had pierced his stomach, Alfredo ran to his brothers side who way lying doubled over on the ground as the thugs disappeared.

An immense pain filled Alfredo as he held his wounded brother. Hot tears burned his cold face. “Why you?” “How could this happen?” “God, how could you let such cruelty happen to such a wonderful person?” I can only imagine the many painful thoughts that tortured his mind as he aged more in those eternal moments than most of us do in years.  “Don’t tell mama,” Tivo begged, “She is old, her heart is weak and the pain would be more than she could bear”. Tivo, amazingly, remained selfless, even in such dire circumstances. “Take good care of mama” he pleaded to Alfredo who ached at the sound of his brothers’ words and he felt his own heart breaking at the sight of his dying brother. To this day, I don’t think his heart has ever fully recovered.

At the KC General Hospital, Tivo fought a great battle for his life.  He lost large amounts of blood and was succumbed to various unsuccessful operations. The community lit candles, united in prayer, gave blood transfusions and raised money to help pay for his medical expenses. There were lines of people waiting to give blood.  Unfortunately, Tivo died 13 days later from complications due to the eruption of his pancreas. It caused an infection in his stomach and vital organs as well as blood poisoning all over his body.   The community gathered to support the family, pay their respects and mourn his loss. It was a painfully difficult time for my family and my grandmother never really recovered from the great loss. Tivo was right about her weakness. With his death, grief consumed her. First, it took over her heart in pain and then it empowered her mind. Later we just called it Alzheimer’s, but I think it was the never-ending grief of his loss.

Tivo was unique even as a child and his actions were to be admired even into his youth. But what he did on that fatal night of November 15th, 1967 my family will never forget. His selfless ways and heroic traits led him to his fateful death, never to be forgotten, at least not by the Garcia family from Camargo, Chihuahua, Mexico. They, like many other immigrants in search of the American dream, left their hometown and settled in Kansas City, Missouri, ready to embrace a new life of abundance and opportunity.  Tivo’s dreams were to become a U.S. citizen, buy his mother a home, develop his artistic abilities and to one day have a family of his own.

He died because he was not ordinary. He could not stand to see any injustice being done, he had to step in and make it right. At the time of his death, Tivo held a steady job as a shipping clerk for a local food company. He left unfinished paintings in my grandmother’s living room and was engaged; soon to marry his young sweetheart. He left behind seven brothers, two sisters, a grieving mother, a large extended family and a pained community. His major dream was to be “Somebody” someday, at least that particular dream he did accomplish.

To me, as that little girl staring at the living room picture, he looked like a dreamy movie star with beautiful eyes and a warm smile. In my family, he was a topic rarely discussed for fear of making my grandmother cry as she relived the pain of his absence. When the adults consented to fill us kids in on our hero uncle, all I ever heard was how good he was and every one always spoke very highly of him. He was the Uncle I always longed to meet and the one who now inspires me to search for the hero within me.

In doing my research for this story I discovered that Primitivo was the first local Hispanic hero in my hometown of Kansas City, Missouri. At the time of his death, the governor of Missouri, Warren Hearnes, declared him an honorary citizen of the state as well as declaring December 1st Primitivo Garcia day in Kansas City, Missouri and dedicating a memorial site in his name at a park in the community. The Carnegie Hero Fund Commission awarded him with a Carnegie Medal in recognition of an outstanding act of heroism, the Missouri House of Representatives granted him “posthumous American citizenship” and The Catholic Youth Diocese of Kansas City-St. Joseph dedicated their 1968 yearbook to him.  During the winter of 1967 my uncle became a hero.

Unfortunately, his legacy lay dormant and forgotten by the public for 25 years until a local reporter from Fox 4 news by the name of Joe Arce did a two part televised story in memory of him. On April 27th, 1993 the reporter, family and friends of Tivo convinced the School Board in the renaming a new elementary school to The Primitivo Garcia World Language School. This was a proud day for the Garcia family.  In the school his legacy lives on daily through the lives of its students who voice his name and proudly tell newcomers of his legend. The children have recorded a song and video of their schools namesake. His spirit lives on in the school walls, in the community and in the people he touches even today with his legacy. The Kansas City Coalition held their meeting number 5 at the Primitivo Garcia School for the Immigrant Workers Freedom Ride in the fall of 2003. Every year, the school celebrates his life, death and legacy on His day, December 1st. The Garcia family proudly unites at the school along with the community to remember Tivo and honor his memory as well as see traces of his soul in the eyes of every child singing his song. These children are now studying other heroes such as Cesar E. Chavez and reminding us all that we have a hero inside of us waiting to emerge in life, today.

I would like to end this story with a dedication to my uncle Alfredo, the living hero of this story, whom I believe has never received enough recognition for his actions. He too, like Tivo, was there on that cold night, he too acted heroically. The only difference is that, unlike Tivo, he did not die. He alone carries the real weight and the pain of Tivo’s death with him every day. His life is forever scarred by that tragic evening. I know these years have been extremely difficult for him and yet he has chosen to remain a silent hero. To me, he is a constant reminder that true hero’s are not only those who die, but also those ordinary people who risk all in an extraordinary manner for the higher good in a selfless way.

Monica Garcia Saenz can be reached at monica_garcia_saenz@hotmail.com 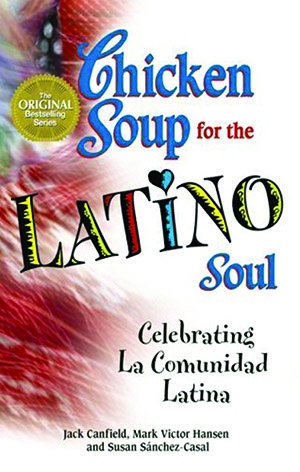 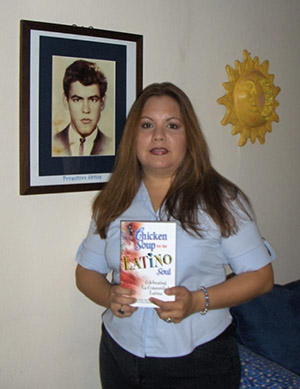