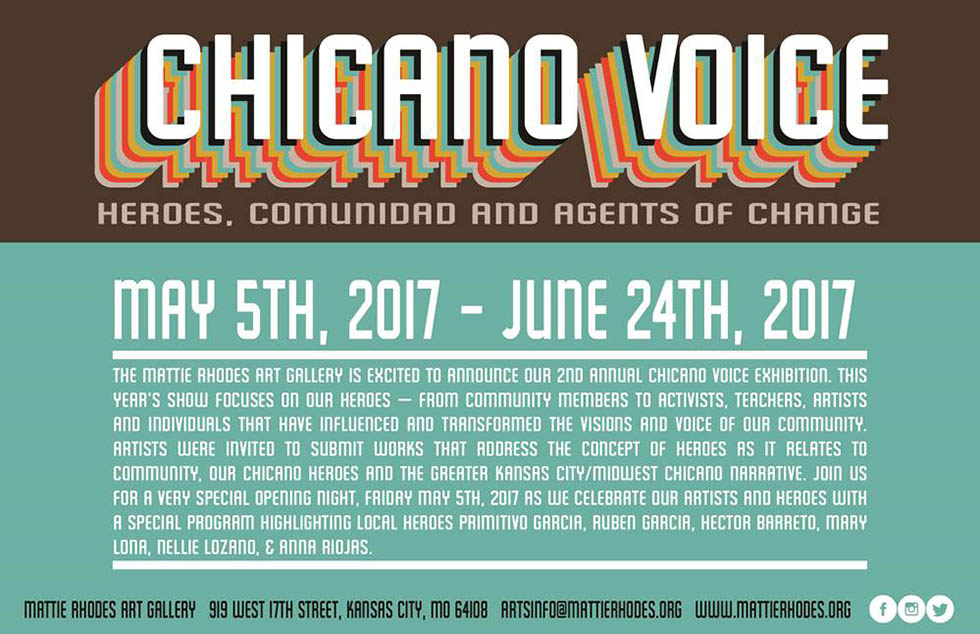 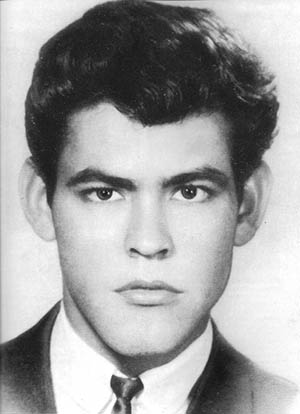 Primitivo “Tivo” Garcia is one of the exceptional individuals who demonstrated selfless commitment over the course of his lifetime. The Chicano Voice Exhibit which opens Friday, May 5, 2017 will give the general public an opportunity to recognize those who have played a vital role in positive change in our Hispanic community while celebrating the diversity of Kansas City.

The opening night at the Mattie Rhodes Art Gallery will feature a special program to highlight the impact of the designated community heroes, live music, a specialty drink, food and more.

DID YOU KNOW Primitivo Garcia?

Primitivo Garcia, who was 23 at the time, was shot outside of Westport High School in 1967 when he came to the aid of his teacher.

The 2nd Annual CHICANO VOICE exhibition running May 5, 2017 through June 24, 2017. This year’s exhibit focuses on local heroes that have influenced and transformed the vision and voice of our community. The First Friday opening is Friday, May 5, 2017 at 6pm at the Gallery, 919 W. 17th Street, KCMO 64108 and is free and open to the public.

The vision of the Memory of Primitivo Garcia Committee is a Kansas City Hispanic community that remembers Primitivo Garcia’s heroic actions and his legacy continues through thePrimitivo Garcia Elementary School. We invite you to follow us on Facebook, Subscribe to ourblog and Save the Date of Saturday, November 25th, 2017 for our 50th Year Memorial Celebration.